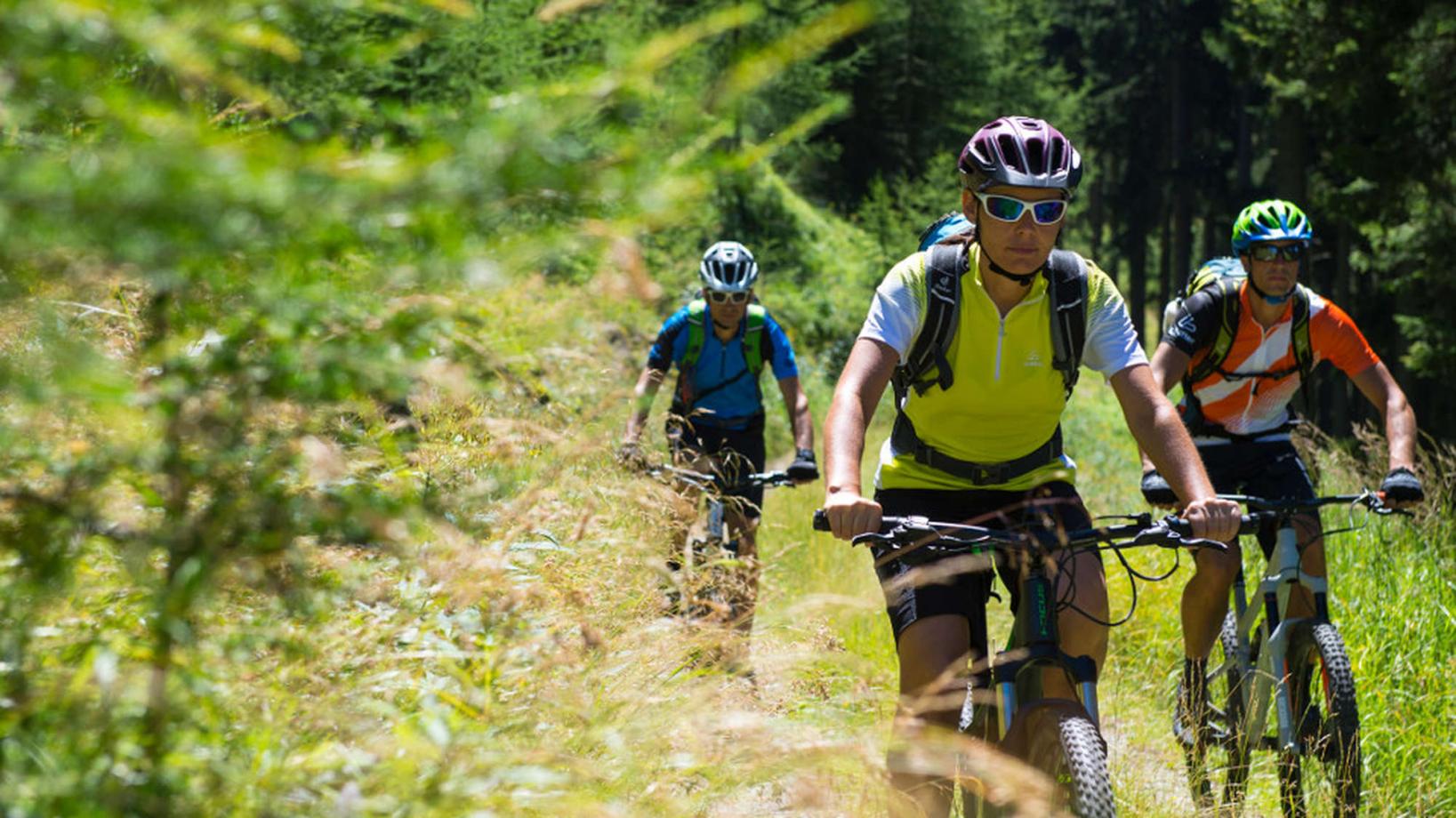 Who wants to ride downhill, first needs to do some uphill. But this time we take the cable car to San Martino al monte (check the times in which the bike transportation is allowed). From the mountain terminal of the cable car we will have a beautiful view on the surrounding mountains. We start and ride some meters on aspahlt to reach our first trail on the right side ("Easy trail" S1). The "Easy Trail" flows through some broad, gravel trails which is a lot of fun for beginner as well as for experts, who have also the possibility to ride the "Montesole Trail" or "Tschilli Trail". By following this trail we also reach the castle of "Annaberg", where we are gonna have a really nice view over the Val Venosta. We proceed on the trail and get to Coldrano, where we take the road to Tiss and follow the "Tisserweg" through the orchards back to Laces.

Download GPX file Print tour
Back to the overview