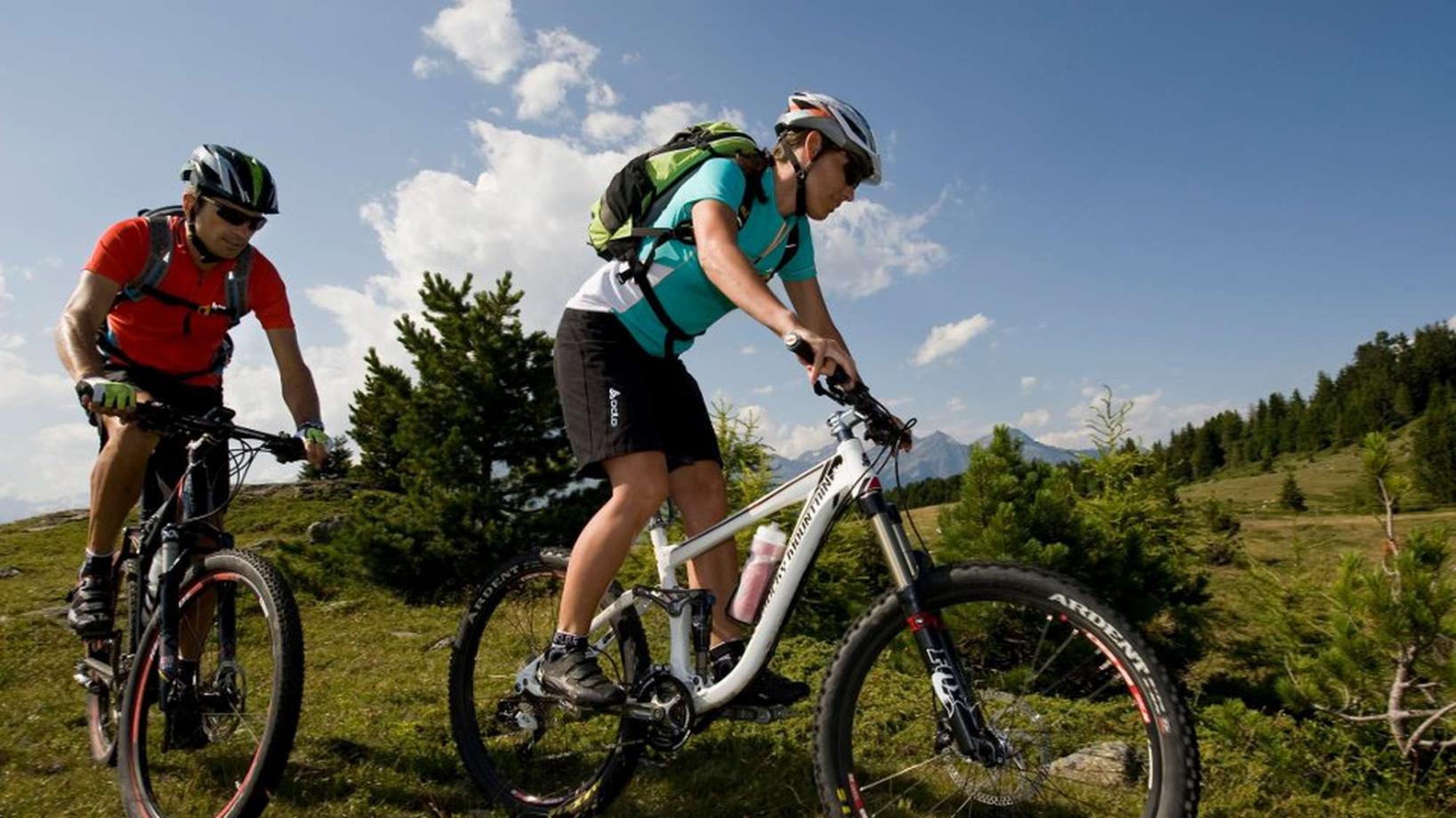 026 Towards the huts of Laces

From the town center of Naturno, we take Via Stazione / Bahnhofstraße which leads us to a bridge, the starting point of the cycle path on the Lungoadige / Etschdamm. We turn right and take the cycle path towards Stava, Ciardes, Castelbello and finally Laces where we turn left and follow the street to the center, where we turn left again and take the street to Tarres (signposted). In Tarres we proceed on the uphill and ride towards the "Tarscher Alm" hut (signposted). We ride past the valley terminal of the "Tarscher Alm" chairlift and ride on the steep forest road towards the "Tarscher Alm" hut (1920m). After a well deserved break, we return a few hundred meters on the forest road, to turn left towards the "Latscher Alm" hut, which we pass and after a few meters we reach the trail nr. 4, that will lead us all the way down to Laces. The trail is technically demanding, so if you don´t want to ride the trail you can also stay on the forest road that will also bring you to Laces. Arrived in Laces we take the cycle path back to Naturno, our final destination.