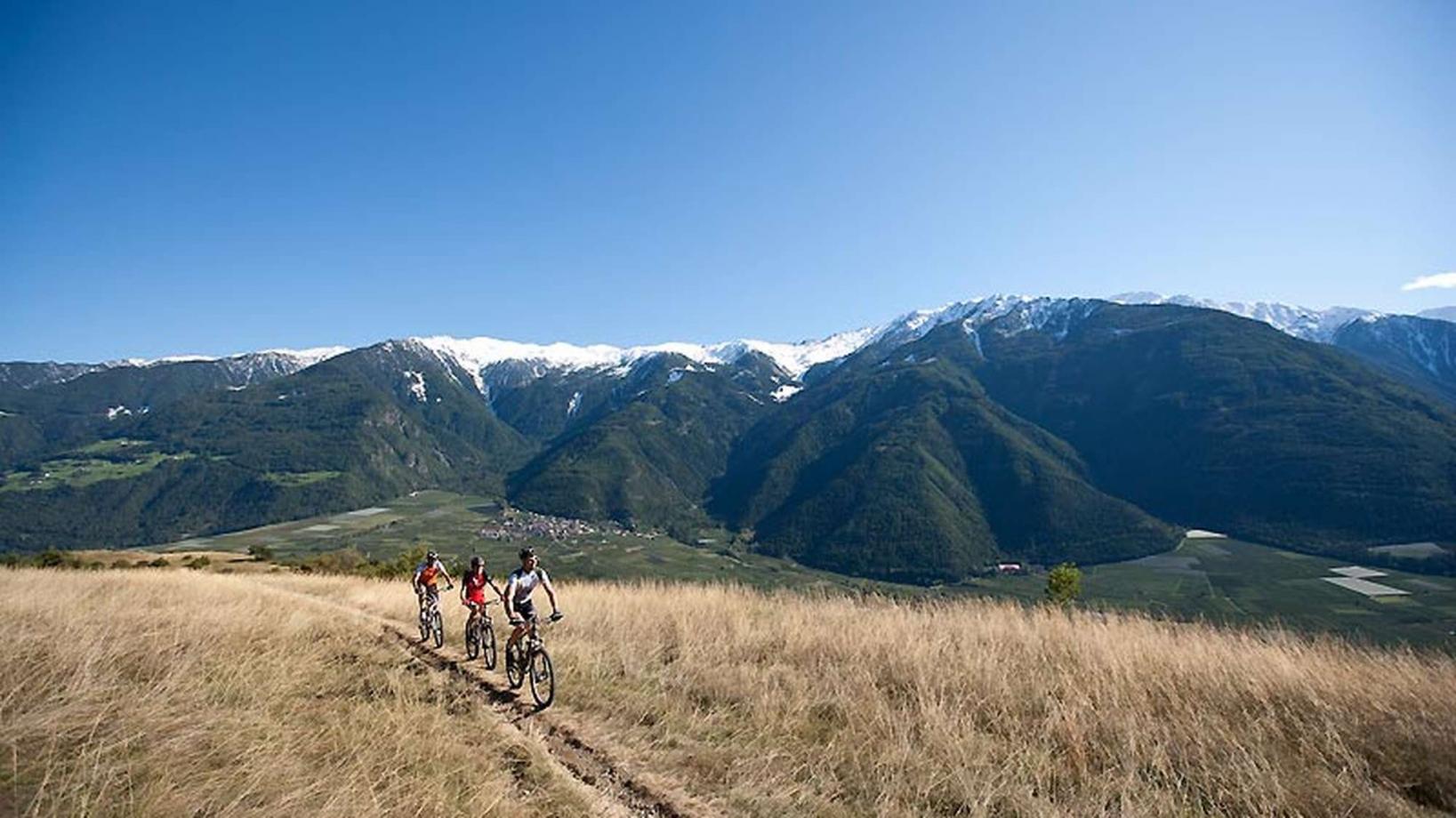 From the town center of Naturno, we take Via Stazione / Bahnhofstraße which leads us to a bridge, the starting point of the cycle path on the Lungoadige / Etschdamm. We turn right and take the cycle path towards Stava, Ciardes and finally Castelbello, where we cross the main street and start the climb to "Montetrumes" and "San Martino al Monte" (signposted). After a mid-steep but long climb we reach one of the highest permanent inhabitated villages in italy, San Martino al Monte. From here we will have a breathtaking view on the surrounding mountains. For the downhill we follow the signed "Montesole trail". The technically demanding trail leads us to the plateau of "Annaberg" from where we gonna have a beautiful view into the Val Venosta and down to Merano. At the end of the trail we arrive in Coldrano- Tiss, where we retake the cycle path to get back to Naturno.